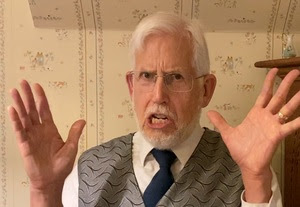 On Saturday, August 22, the Minnesota Association of Community Theatres (MACT) will offer energizing workshops, ten short plays in a virtual setting with live guided discussion after each performance, and an evening social hour.

Due to the uncertainty of the coronavirus, FAST*Fest had to be reinvented for a “live online” experience in just a few short weeks. Players who never dreamed of filming their work for a festival learned how and did it successfully. The back of the house this year is entirely virtual and is being accomplished with aplomb on a shoestring budget.

You can participate in this amazing effort of your fellow community theatre artists by attending the virtual workshops and watching the plays in a new way for just $25 for the entire day. Individual workshop and play session pricing is also available.

Tickets can be found online at https://buy.ticketstothecity.com/purchase.php?date_id=35011.

The entire FAST*Fest schedule is listed below:

“Virtual FAST*Fest 2020” participants & attendees will convene using Zoom.  Details for connectivity testing and joining the festival will be provided to all prior to the event.

(or The Cold and the Uff-da-ful)

Written and Directed by Greg Anderson

Setting: Someplace in Minnesota You’ve Probably Been.
Time: Oh, Round Suppertime I S’pose.
Performing at the Encore Performing Arts Center in Cloquet, MN

Written and Directed by Jon Skaalen

Setting: A murder was, or may have been, or will be, committed. Was it, or will it be, willful? Will the resolution be willfully accepted by the victim, the perpetrator and we, the virtual jurors? Find out on OOPS, 2020 on your radio dial or online at OOPS. argh.

Theatre Info:
Based in Stillwater, Ole Olson Onstage explores stories, issues and opportunities facing people of all abilities in their communities.

Time and Place: Suppertime in a low rent apartment, 1930’s.

3:34 The Aunt and the Sluggard

The Aunt and the Sluggard is a dramatic interpretation of a P.G. Wodehouse short story.

Meal Break on your own

Time and Place: 2019 in a suburban coffee shop.

Written and directed by Greg Bastien

Theater Info:
Pargeter Players theater group is based in Minneapolis and they also have performed in St. Paul, St. Cloud, and Cloquet.

Setting: In the conversational style of Mamet, two friends cope with the pandemic of this time.

Theatre info:
Both John and Larry are Twin City acting veterans who have many years of acting and many shows under their collective belts. They have also produced and directed shows here and elsewhere and have done a number of shows for the Minnesota Fringe Festival.

A performance of two scenes (back-to-back) from Shakespeare’s Twelfth Night.

Theater Info:
NKBProductions is an offshoot of our old theater company, Corcoran Park Players, and is based in South Minneapolis.